Fedor Emelianenko: How Can a Champion Be a Chump?

EA MMA Cover Boys Battle It Out in New Screens

The Emelianenkos were already legally married, according to M-1 Global’s PR representative, but the couple wanted to take their marriage vows in a church. Other media have reported the couple was never married. Emelianenko has a 22-month old daughter named Vasilisa with Marina.

For Emelianenko, Marina is his second wife. He has a daughter named Masha with his previous wife, Oksana, both of whom live in St. Petersburg. 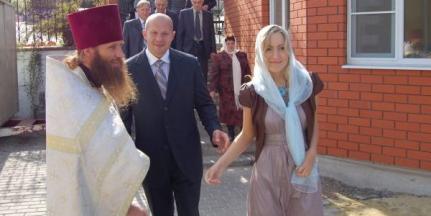